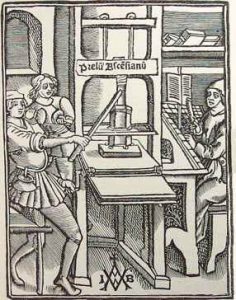 Shakespeare wrote plays, poems and sonnets. His plays are, of course, the reason he remains the most revered writer in the English language. While his plays were written to be performed, or as was said at the time, to be heard, about half of them were published to be read in quarto and octavo editions during his lifetime. He did not appear to take interest in the publication of those plays. Seven years after his death two of his friends assumed the responsibility of publishing 36 of his plays in a single volume that is now known as the First Folio. Had it not been for the publication of the First Folio, eighteen of his plays that had never been printed in his lifetime, including Julius Caesar, Twelfth Night, and Macbeth, might have been lost forever.

Two additional plays, Pericles Prince of Tyre and Two Noble Kinsmen, which did not appear in the First Folio, are now regarded by many scholars to have been written at least in large part by Shakespeare. Some recent scholars now believe that Edward III was also written in large part by Shakespeare. The First Folio was revised and republished three additional times in the 17th century. Pericles was included in the Third and Fourth Folios.

Shakespeare did take an interest in the publication of his two major narrative poems, Venus and Adonis and The Rape of Lucrece, during the plague years of 1592-94. In fact, Venus and Adonis was republished more than any other work in his lifetime and its success may have been one source of his early wealth, which he may have used to invest as a shareholder in The Lord Chamberlain's Men, his theatre company. Sales of his poetry and theatre tickets contributed to Shakespeare's financial success. While he is believed to have started writing his sonnets about 1592, they were not published until 1609.

This section reviews some aspects of Shakespeare's publications