Home » About » About John McGinnis

My career spanned forty-eight years in public education. The first twenty were as a high school English teacher and then librarian at Newport Harbor High School in Newport Beach, California. The next twenty were as a community college library director and then dean at Cerritos Community College in Norwalk, California. The final eight years were as a member of the board of education for the Long Beach Unified School District in California. Now I spend a good portion my retirement deepening my appreciation of the works of William Shakespeare and Stephen Sondheim.

Shakespeare's works appealed to me in their language, themes and characters – in close order, and inseparably integrated. 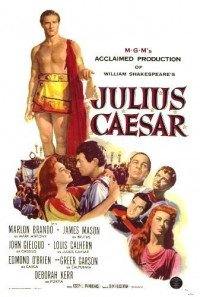 William Shakespeare entered my life in the summer of 1953 shortly after my eighth birthday. I rode my bike to the Hawaii movie theater on Hollywood Boulevard and treated myself to a matinee of Julius Caesar. I can only speculate about my reasons for seeing that film. The full-color poster may have misled me into thinking it was a Cecil B. DeMille Technicolor epic. Big-screen color movies were rare then. Or maybe someone told me a gang of Romans wearing togas stabbed an emperor to death. That might have appealed to my eight-year old sensibilities. Or maybe my mother recently took me to see Marlon Brando in Viva Zapata! and James Mason in The Desert Rats, and I was sophisticated enough to want to see them again, as Mark Antony and Brutus, though I doubt it. What I know for certain is that this small, black and white movie made an impression, but at eight years old, I did not know why.

My appreciation of Shakespeare's works required schooling, which I received starting in high school where the curriculum included Romeo and Juliet in my freshman year and, in succeeding years, Julius Caesar, Othello and Hamlet. Of those, Othello in my junior year made the strongest impression. Perhaps my age better prepared me for the themes and characters. Certainly, the era of the early 1960's had an impact, when issues of civil rights and debates about miscegenation laws regularly made the news. But more than anything else, I simply loved the language. I memorized passages just for pleasure — “It is the cause, it is the cause, my soul. Let me not name it to you, you chaste stars! It is the cause…”  and “Soft you! A word or two before you go. I have done the state some service, and they know't—No more of that…” etc. I realized Shakespeare's works appealed to me in their language, themes and characters — in close order, and inseparably integrated. 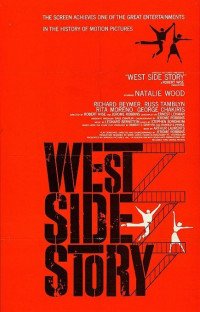 A year later in my senior year, I was back on Hollywood Boulevard, this time at the Grauman's Chinese Theatre, and this time with my girlfriend, who later became my wife, where we saw West Side Story — a movie that brought Romeo and Juliet together with Tony and Maria, Verona with New York, and William Shakespeare with Stephen Sondheim. I soon added the LP soundtrack to my growing collection of movie musicals and cast recordings, which was started by mother when I was a child. Perhaps my love of Shakespeare's language was nurtured by the hours I had spent listening to her 78 rpm shellac records of the great American songbook with lyrics by Irving Berlin, Ira Gershwin, Oscar Hammerstein, Lorenz Hart, Johnny Mercer, Cole Porter and many more. Their songs in turn primed me for my later love of Stephen Sondheim's even more sophisticated lyrics. Like William Shakespeare, Stephen Sondheim — the Shakespeare of the golden age of musical theater — gave voice to a small universe of diverse characters in language rich in music and poetry. On this website, in my retirement, I gather passages by Shakespeare in order to study how he used language to create characters and explore human nature.